Small update on the blog here in easter. I just got home from Sweden with family and a baptism. Got some good pictures out of the trip, will make sure to show some of them to you all later!

So here is another KTS assignment we had, where we were supposed to show texture. I got this enormous jar of dried chanterelles from some very good friends in Sweden - and I mean seriously, it is maybe 250grams. Anyway, I thought that it was a funny thing to use as a texture assignment.

The pictures is taken on a frosted piece of glass with a softbox underneath. I wanted to exploit a narrow focal-plane, so instead of firing the flash, I just used the mood light. This also gave me a nice warm tone in the picture. I used a small piece of paper as fill.

I'll probably brake open the jar again at some point and do some more pictures and turn it into a small series. 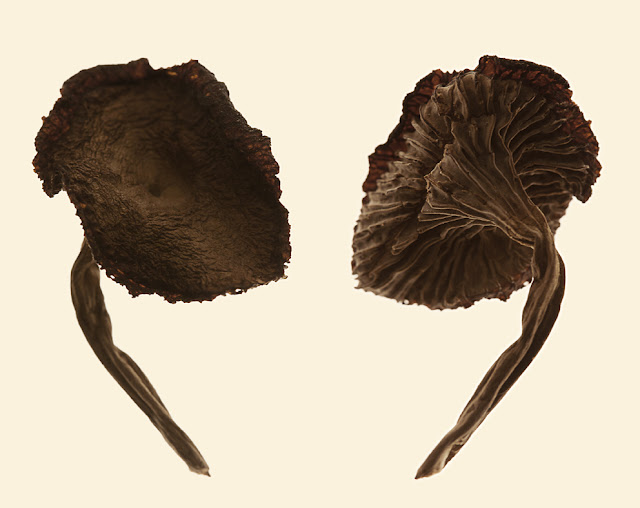